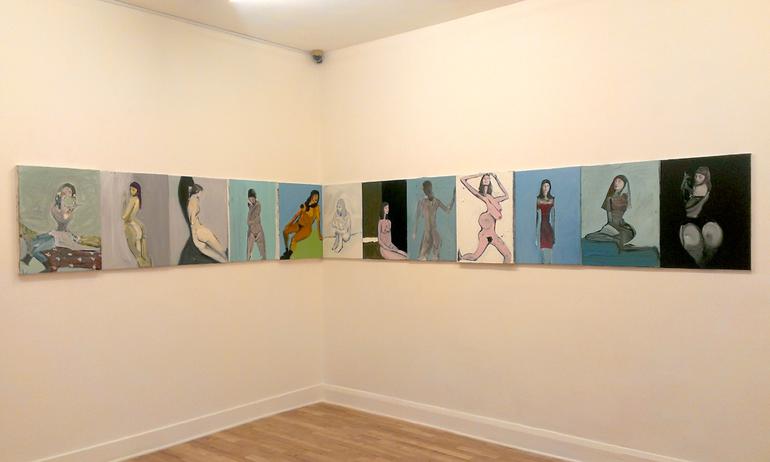 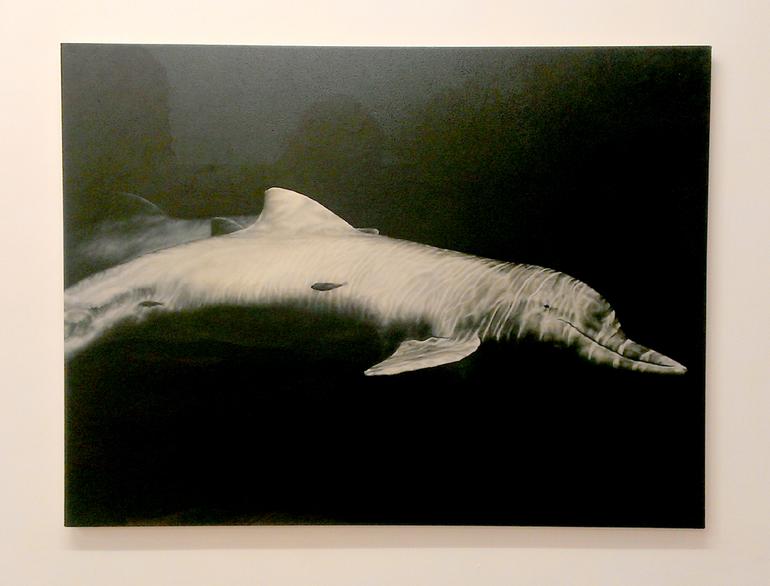 ‘Delphine’ is a French feminine name which means ‘to look or act like a dolphin’.

In Studies of a Nude I-XII (2013) Coombs has pasted the photographic head-shots of an anonymous ‘70s model onto twelve canvases and invented the model's naked body in acrylic paint beneath. The face and head, though seen from different angles, remains the same, whilst the body undergoes surprising metamorphoses and transformations. In creating a series of imaginary naked portraits, Coombs is re-examining the notion of the male artist who channels his feelings through the imaginary ‘muse’ or female subject.

Darren Murray is exhibiting a single painting Dolphin (2013). This meticulous rendering of a dolphin gliding silently and serenely through dark water is based on a found photograph. In the context of a visually saturated media culture, Murray uses the medium of painting to interrogate our relationship to the natural and to examine the way images allow us to distance ourselves from the real.

Darren Murray was born in Antrim in 1977. He graduated in Fine Art from the University of Ulster in 1999 and was awarded the Arts 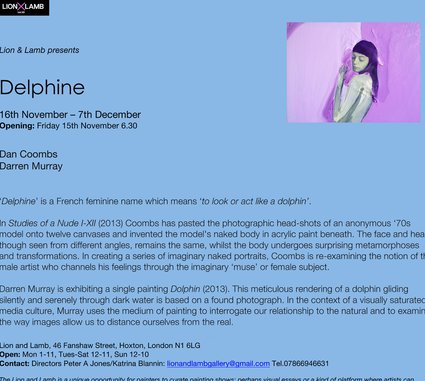